I was about to write something about how odd it was that people were still using Bloom's taxonomy (noted during a conference last week) rather than Anderson and Krathwohl's revised Bloom's taxonomy and then realised that actually lots of people were using the verbs, from the revised version, rather than the original nouns; they just were missing out crediting the middle men! Which seems a bit unfair.

I like the verbs because I really like that creativity is considered the peak of learning achievement. 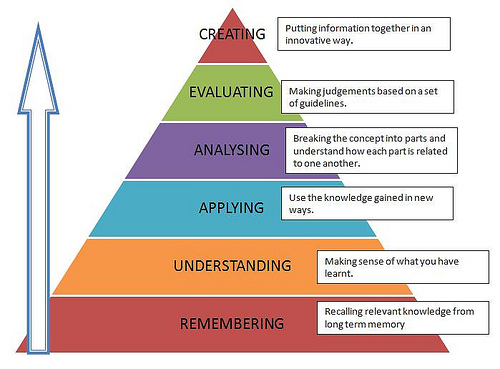 Educational technologies are also just so useful for helping students reach these heights. Perhaps that's another reason we see so many varieties of this type of graphic:

My next job is going to be replicating the wheel but doing away with differentiating iPad/Android apps.....